How to Create Breakthroughs in Your Life

First, let me start by saying... ALL of us experience some form of resistance. It's just part of our DNA. And the bigger the goal, the bigger that resistance seems to be, right? Can you relate?

So, being that resistance is a given, how do you create breakthroughs in your life when you're feeling scared or unsure about how to move forward? How do we move past resistance that can show up as avoidance, procrastination, lack of energy, sleepiness, and even getting sick?

We KNOW we want to move forward with a goal, yet it seems enormous as climbing a mountain. How are we ever going to get there?

It's so much easier to binge-watch Netflix than show up to the computer, or to the page, or to the canvas, or to whatever taking that first step is for you, yes?

What makes us DO that?

That four letter word: fear. Of failing. Of starting. Of not being enough (in our mind). Most of us have become accustomed to giving in to this sensation we call fear, allowing us to stop us from moving forward with a dream, rather than treating it as a sign that, perhaps, this is the direction we're being called to move into.

As Stephen Pressfield says in his insightful book The War of Art “Fear is good. Like self-doubt, fear is an indicator. Fear tells us what we have to do. Remember one rule of thumb: the more scared we are of a work or calling, the more sure we can be that we have to do it.”

It takes a high degree of courage to move past that wall of resistance. Yet, from my experience, it's usually just for that initial moment. Once we get on the other side of it, through taking a small step forward, even if we have to push through it, resistance tends to dissipate — and then a huge opening is created that beckons us forward.

It helps if your goal is borne from a deep desire, or even a calling. When reaching that goal is so internally driven that obstacles along the way are a non-issue, it makes the process that much more compelling.

Yet, it's important to mention that it's entirely possible to create breakthroughs in any area of our life that's important to us, whether it feels like a calling or not.

1. Get past the immediate resistance we just talked about.

2. Commit to achieving your goal, no matter what (without sacrificing your health or your integrity.)

3. Trust yourself, knowing that you have the power and the capacity to figure it out. Everything has a solution.

A few weeks ago, I "finished" my other website HealCancerNow.com, to a point where I felt I could release it to the public. That, by itself, was a major accomplishment as I had experienced resistance to it for over a year. (A year!)

As much as I want to help cancer patients navigate through their cancer journey, it's not an easy task. It can be uncomfortable, painful, and challenging. Self-doubt creeps in and thoughts like: "Can I really help someone move through this terrifically challenging time?" begin to feel real.

I'd already been coaching cancer patients successfully for a couple of years, unofficially. Yet, putting myself out there, and taking it on professionally, is another story.

Anyway, I finished the website and wrote an email announcing this new venture that Joseph and I are embarking on. I scheduled it to go out to our wonderful list the following morning (many of you read it, and wrote beautifully supportive comments. Thank you!)

About twenty minutes later, I kid you not, out of the blue (not knowing anything about this website) my wonderful oncologist calls me and asks: "Do you want to be in a TV commercial? Scripps MD Anderson Cancer Center (where she works and where I was treated) asked me for suggestions of patients with great success stories, and I recommended you and a few others. They're interested in you, if you'd like to do it."

Really? I couldn't help but notice that the timing was impeccable! I took that as a sign. What an amazing opportunity, right? I asked her if I could think about it, since I was as apprehensive as I was excited.

I pondered all the angles, and decided, why not? Let's do this! So, I called her back moments later to say yes. Soon after, the producers called me to handle a few logistics, and we scheduled it. They were going to pay for my flight from San Miguel to San Diego (via Tijuana) the following week.

OK. That was big enough, right? But here comes the part I wanted to tell you about...

I asked myself this ONE question:

"What would be the audacious thing to do to fully take advantage of this opportunity?"

The answer came: Contact San Diego's local TV News stations to see if anyone would be interested in my story: going from a terrifying cancer diagnosis with about a 10% chance of survival five years ago, to coming through it successfully, healthy and thriving, and then becoming a certified holistic cancer coach.

I literally forced myself to do it. To research which stations, who was the contact, and what would I say. Plus, I was coming to San Diego in just a few days. Not enough notice! Would that be unprofessional? I had all kinds of reasons why NOT to do it.

Guess what? I did it.

I wrote the email and sent it to four News stations.

Within two days, two out of four said YES! On the third day, a third station said yes. I heard back from the fourth a few days later saying "we'll pass."

Three out of four. I was super encouraged.

The first interview was LIVE (gulp!). I had to be there on Wednesday at 5 PM for a 5:40 live segment. I booked my flight for Tuesday, so I could arrive one day early and relax.

Without sharing all the details, my flight on Tuesday was delayed, and later cancelled. They put me on a second flight. Same story. It was now midnight in Leon, Mexico. The airport was closing down. The airline couldn't guarantee that the morning flight would actually depart and get me to Tijuana on time.

Nooooo! How could this be happening? What about the auspicious timing? Wasn't this "meant to be"? Why was God, all of a sudden, now conspiring against me? (Funny, all the thoughts that emerge in stressful situations...)

I decided to risk it and book the morning flight. Yet, by the time I made that decision the attendant told me that the flight was fully booked.

I had to get there! How was I going to get there? There wasn't a single attendant at any other airline counter at midnight.

Then, a mantra began going round and round in my head. It's a wonderful phrase by one of our mentors, Marie Forleo, and the title of her #1 NY Times Bestselling book: Everything Is Figureoutable. (Highly recommended, by the way.)

There has to be a solution! I can't cancel my first TV segment! So... I got online and booked the only other flight on another airline that was leaving at 8 AM, through Dallas, to San Diego. Almost $500 bucks. Plus a hotel for four hours of fretful sleep, another $100 bucks.

Next morning, I get on the plane feeling groggy, yet hopeful, and... there's a mechanical malfunction. We're stranded on the tarmac and they don't know for how long. If I lost my connecting flight, that was it.

After an excruciating half hour, finally the plane moves. I barely made my connecting flight. I arrive in San Diego, rush to my mother's house, iron my shirts, and get back on the road to my magical first live TV interview.

There's an accident on the road.

It's now 5:20. I'm twenty minutes late. I call the TV station and tell them not to worry, I'm really close. "No worries," my contact lies. I arrived at 5:28. The producer threw daggers at me with his eyes. My contact was very sweet and understanding, though neither would let me go pee. There was no time.

They put the mic under my shirt, lead me to a stool in the newsroom, the News Anchor comes over, tells me "we'll simply be having a normal conversation, don't look at the cameras," and...

It went much better than expected, by the skin of my teeth. I somehow pulled myself together.

Here's the interview below.

Why am I sharing this story with you?

Not to brag, but because I really want to drive home the idea that breakthroughs happen when we're willing to be uncomfortable; when we face our fears and push through anyway, and when we're committed to our goals. (And, yes, often they happen without the angst when we're in the flow, too. Just need to get past that initial sense of resistance...)

If you have a dream, a goal, a venture, or a project, especially if it feels challenging or scary... believe me, it's so worthwhile to push ahead, past the resistance, and commit to yourself.

It's exhilarating when we break through our perceived limitations, and draw on all of our resources to make a dream come true.

YOU CAN DO THIS!

Whatever it is, let yourself dream it. Do something audacious about it. Watch for the signs, and go for it. My adventure was pretty exhausting but I can't tell you how incredible it felt to get it done.

The next few days the excitement multiplied with two other TV interviews and then the Scripps MD Anderson TV commercial itself, which made me feel like a movie star. I was high for a week afterward.

Everything's Figureoutable! Remember that when you're feeling stuck.

What dream or project are you wanting to create? Where do you need some sort of breakthrough?

Please share in the COMMENTS below something you've been wanting to achieve that has been scary, Until Now.

Once you do, simply by having the courage to state it, I have a strong feeling that the ball will start rolling in the right direction.

I'm excited for you!

Our Mission is to inspire and support you to create a life and business you LOVE! 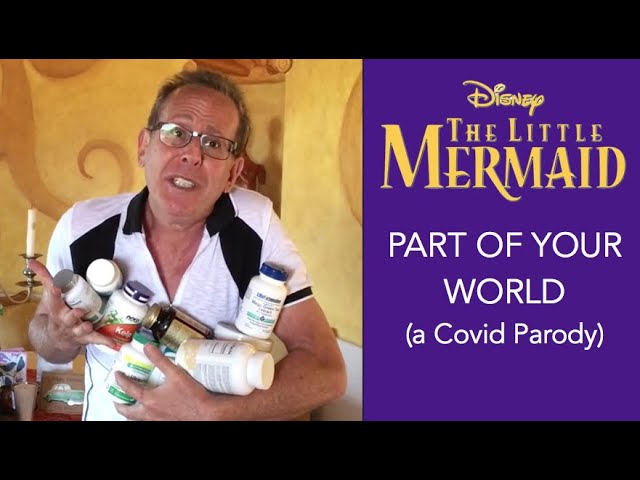 The Secret to Creating JOY - Even Through Covid

5 Great Tips to Start Eating Healthier than Ever Before 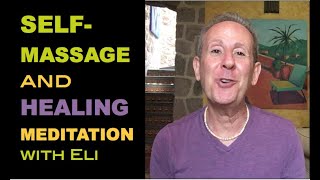 How to Get Through These Trying Times